An estranged husband whose wife says they are going through a divorce was captured on camera repeatedly ramming a dump truck into his partner’s home in Los Angeles over the weekend, slamming into parked cars and seemingly destroying anything that got in his way.

Patricia Dunn told KABC that the man behind the wheel was her husband, Ronald Dunn, from whom she is getting a divorce.

After she filed a restraining order against him earlier this month, the 63-year-old woman noted to KCAL, her husband grew even more enraged — and caused her to fear for her life.

Details surrounding the couple’s divorce remain unclear, and neither Patricia nor Ronald Dunn immediately responded to requests for comment early Tuesday. It’s unclear whether charges have been brought against Ronald Dunn.

At about 3:30 p.m. Sunday in the Westmont neighbourhood of South Los Angeles, the man allegedly came by the house three times, neighbours recounted to authorities.

Neighbour Journey Meggerson told KCAL how Ronald Dunn first came by in a white Chevrolet Impala “and tore up the garage door.”

But before the Los Angeles County Sheriff’s Department arrived at the scene, Dunn allegedly returned to his wife’s home with something much bigger than an Impala: a dump truck.

While it’s unclear how the 62-year-old man obtained the dump truck, video posted to TikTok and Twitter shows the dump truck accelerating and smashing into the one-story home as several neighbours look on in horror.

“What is he doing?” one person yells, according to the video.

A woman in South Los Angeles says her husband crashed into her home with a car, and returned with a dump truck and rammed her home again

They are going through a divorce and and she says she fears for her lifehttps://t.co/eZ56U9cRrb

“Stop, oh my gosh!” another neighbour yells at the dump truck.

Neighbours told local media that when he was done with the dump truck, Ronald Dunn returned for a third time, again in the Impala, to inflict more damage and yell obscenities at his wife and neighbours.

“That was honestly the craziest thing I have ever seen,” Meggerson told KABC.

The sheriff’s department eventually came roughly 30 minutes after the initial call, because the first report was described as a traffic collision instead of a crime, according to local media.

The multiple attacks, including with the dump truck, resulted in the metal fence outside Patricia Dunn’s home being bent to the ground, according to KABC.

She told reporters that she blamed authorities for not getting there sooner and possibly preventing some of the damage.

She added that she believes it was no coincidence that the vehicles targeted areas right outside her bedroom, describing her estranged husband as “a madman.”

“A man under that kind of rage — who’s to say what he might do?” she said to reporters. “He was trying to kill me. He really was.” She added, “I was just trying to stay out of the way.”

Officials with the Los Angeles County Sheriff’s Department did not immediately respond to requests for comment. Ronald Dunn is not listed as being in custody in the department’s online database as of early Tuesday.

The sheriff’s department told City News Service, a regional network covering Southern California, that it could not comment on the ongoing investigation into the incident.

Patricia Dunn was fighting through tears over the weekend in acknowledging that she will probably have to sell her home. She told KCAL that she fears what her estranged husband might do next.

“I want to put it up for sale and just move on because I’m not comfortable here anymore,” she said. “I don’t know. He might come back. Who’s to say he’s not?” 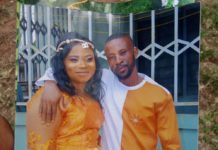 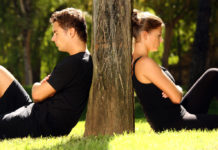