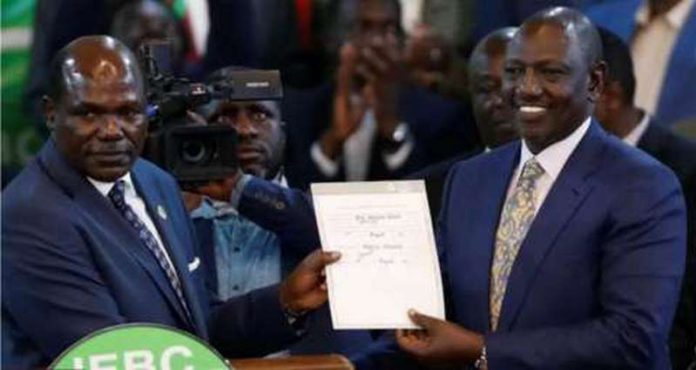 Kenya’s President William Ruto has made sensational accusations of a plot to abduct and kill the head of the electoral commission in the run-up to the announcement of the presidential results last year.

Mr Ruto was declared the winner of the presidential election held in August 2022, taking 50.5% of the vote, amid dramatic scenes at the vote tallying centre.

At the time, electoral commission chairman Wafula Chebukati said he had done his duty despite receiving threats.

On Tuesday the president claimed the plot to abduct Mr Chebukati was sanctioned by the “highest” office, according to local media reports.

“We know that there was a direct attempt to abduct Mr Chebukati and murder him so that the commission would be paralysed, or a compliant commissioner take over and subvert the people’s sovereignty. It was a hard, cold and lonely time, the threats were dire, the promised rewards lavish and the pressure relentless,” President Ruto said.

He made the remarks during a meeting with commissions and independent offices at State House, Nairobi.

The president’s rival at the elections, Raila Odinga’s party, ODM, has scoffed at the remarks, calling it a “well-choreographed chorus”.

“They should present the claims before a commission of inquiry when it is formed.”