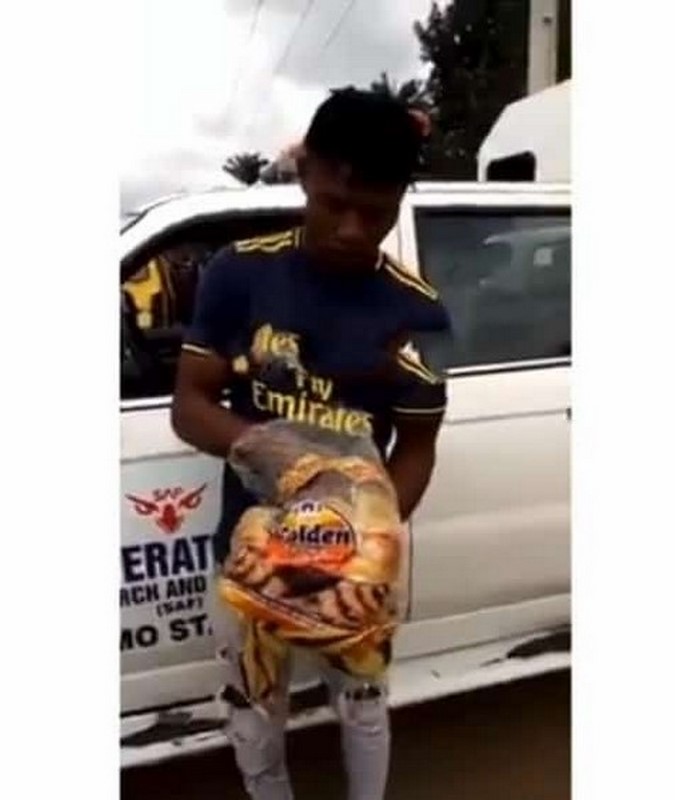 The creativity displayed by a suspected thief has left the mouth of Nigerians wide open after he was caught by the Imo State police.

The suspect, identified as Odinaka Nwosu, was arrested by the Operation Search and Flush team after they suspected foul play.

After examining Odinaka, they chanced upon a loaf of bread which they asked him to untie for investigation.

Lo and behold, a black polythene was discovered in the heart of the load and upon unraveling, a metal double-barreled gun was found to the amazement of the officers.

Below is the video sighted on Instablog9ja:

Girl, 16, who accused dad of rape says she was influenced by evil spirit