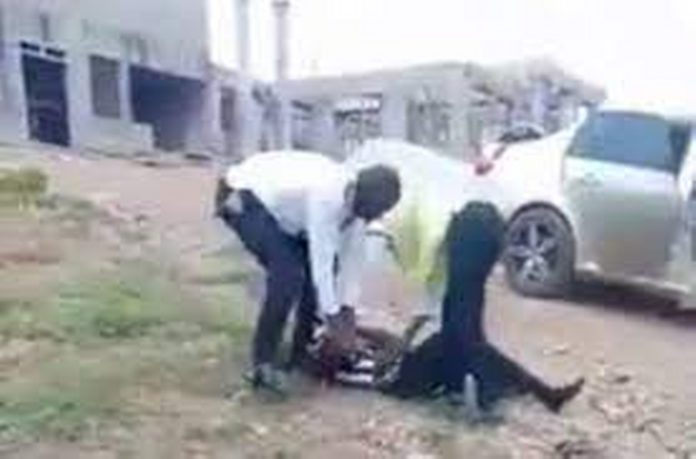 The victim assaulted by two police officers at Asankrangwa in the Western North Region has downplayed the incident.

“They didn’t beat me. There is only one truth,” the victim, Kofi Abeka, said in an interview on Royal FM at Asankragwa.

His assertion was despite a viral video showing police beating him and dragging him to the floor.

Police had suspected him of having marijuana in his possession when he was stopped on a tricycle.

The suspect, who was heard pleading for his life, denied having the substance.

When confronted with the evidence from the video, Mr Abekah admitted to being manhandled by the police but said there was nothing more to it.

“When they saw there was nothing bad on me, they let me go,” he said.

“When they [the police] held me, it made me fall down… when I fell, one of the police lifted me and saw there was nothing bad on me. That is how it went.”

The Police Professional Standards Bureau has since began investigations into the incident.

The officers involved were identified as Inspector Prince Awuah and G/Cpl. John Ahiamata both with the Divisional MTTD at Asankrangwa.