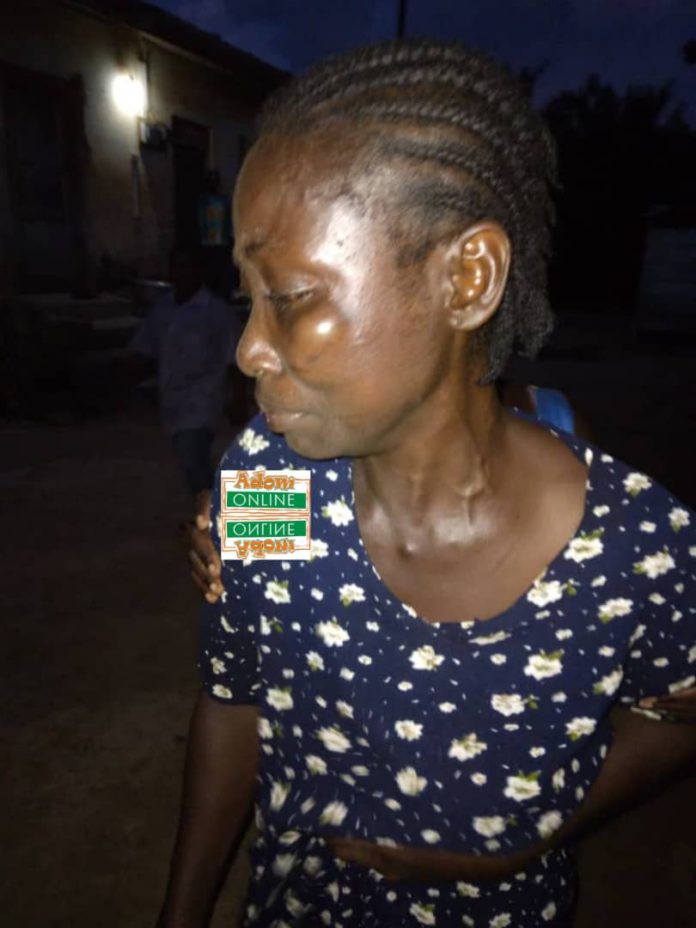 A palm wine tapper, identified as Yaw Tibembem, has assaulted his wife at Mlayem TDkrom in the Lower Denkyira Municipality of the Ashanti Region.

The husband reportedly committed the act during a heated argument over dried herring locally known as Nsesaawa.

The victim, Millicent Argen, popularly known as Abena, narrated to Adom News’ Kwasi Siaw that her mother brought the fish from a trip that was to be served among the family members.

But her husband expressed dissatisfaction with the portion they had and queried why the mother-in-law benefitted from a larger portion.

This, she explained, led to an altercation between the husband and wife while all attempts to calm them down proved futile.

The victim’s brother, Anthony Obeng, who confirmed the incident, said Mr Tibemdem removed burning firewood and smashed it on his sister’s head, causing her to lose consciousness.

Mr Obeng, however, stated they were yet to lodge a complaint with the police.

Man battling for his life after policemen allegedly whip his manhood