A Memorandum of Understanding (MoU) has been signed between members of the Fulani ethnic group in the Mamprugu traditional area and the local chiefs following tension over alleged terrorism and non-payment of royalties.

The signing of the document was after an extensive meeting between the National Executives of Fulani welfare group, Tabital Pulaaku, and some senior members of the Mamprugu council at Nalerigu in the North-East Region.

The event follows months of communal tensions over royalties imposed by the chiefs on nomadic herdsmen who have refused to pay.

The herdsmen had also accused the Kraal traditional committee in-charge of collecting the royalties of terrorising their villages and camps as well as stealing their livestock.

READ ON: Man arrested for stabbing his uncle to death

Refuting the allegations of non-payment, the herders explained their concern had been the way the imposed royalties were collected and demanded that the committee headed by Chief Johnson Tahidu be scrapped.

After the interactive dialogue, the meeting proved productive as both parties agreed on a new modality of collecting the royalties which takes effect next year. 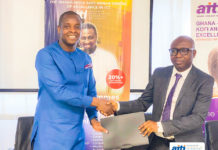 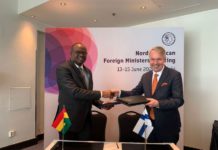 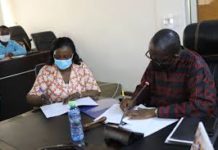 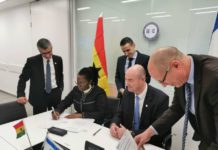