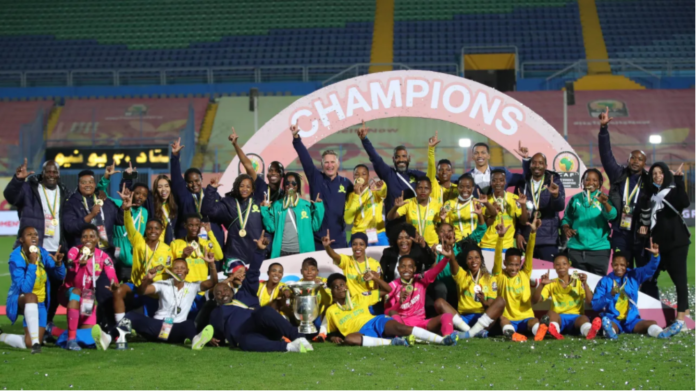 The opening exchanges were evenly balanced with both teams enjoying periods of possession but some poor passing meant neither side could create clear-cut chances.

Sundowns came close in the seventh minute as Lerato Kgasago’s free-kick from outside the area went narrowly over the bar. The breakthrough came in the 32nd minute as the front three of Sundowns combined well to get in behind the Hasaacas defence.

A first-time ball over the top from Melinda Kgadiete found Andisiwe Mgcoyi on the right-hand side and in behind the defenders, her cross was flicked in at the far post by Chuene Morifi.

The South Africans took control of the game in the second half and were rewarded in the 65th minute when Mgcoyi was on target when she got on the end of a ball from Nonhlanhla Mthandi, racing into the area ahead of Hasaacas captain Janet Egyir.

Hasaacas’ best chance came in the 76th minute with a free-kick just outside the area and directly in front of goal but Perpetual Agyekum’s fierce shot was well saved and pushed over the bar by Andile Dlamini.

As the Ghanaians pushed for a goal they were left short of numbers in defence but Sundowns were unable to take advantage and add to their tally.

Sundowns held on for the historic win despite playing the last few minutes with 10 women after Regina Magolola was shown a straight red card just moments after having come on as a substitute.

It was something of a turnaround in fortunes for the two sides with Sundowns having only scored twice en route to the final whereas Hasaacas had amassed 10 goals in their four previous games.

Before the final Mamelodi Sundowns manager, Jerry Tshabalala had said “defenders win tournaments” and he was proved correct as his side did not concede a single goal in the tournament, other than in the semi-final penalty shout-out.

Indeed his defence held firm in face of the tournament’s top scorer 19-year-old Evelyn Badu, who scored half of Hasaacas’ goals in Egypt.

On Thursday AS FAR of Morocco clinched third place with a 3-1 win over Malabo Kings from Equatorial Guinea.

Fatima Tagnaout scored early the only goal of the first half for AS FAR before Brazilian-born Carolina Martins Pereira equalised for Malabo.

On the hour mark, Malabo’s Nigerian goalkeeper Ruth Sunday made a mistake that allowed Ghizlane Chebbak to put the Moroccan club ahead. Chebbak then made certain of the win as she scored a second in injury time at the end of the match. 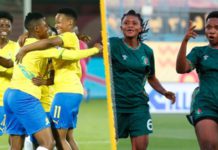 CAFWCL: We are confident of winning the trophy, says Hasaacas Ladies CEO 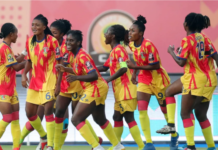