Comedian OB Amponsah has refuted claims his joke about John Dramani Mahama was a calculated attempt to render him unpopular ahead of the 2020 elections, stressing that the former president being a communicator would see the humor in his presentation.

“I think he will take it as a joke. He is a communicator. He will understand what I really meant,” he said.

The popular comedian during a performance at this year’s edition of Decemba2Rememba made light of many things, including names and meanings as well as the impact of names on people where he mentioned that the name ‘Mahama’ is synonymous with corruption in Hausa.

SEE THIS: Photo: Man sleeps on rocks under Circle Interchange while Authorities ‘sleep’

He cracked ribs with that script but fell on the dagger of some members of the opposition National Democratic Congress. They described the joke as sensitive and expensive; hurled insults at him while others incited violence against him for injuring the reputation of the party’s flag-bearer.

The comedian in an interview with GhanaWeb, however, indicated that smearing the reputation of Mr Mahama with mud is the last thing on his mind.

“Sincerely, that wasn’t the intention. It was a joke that treaded on a thin line. It was not to make him unpopular,” he said. “I’m not a politician; I don’t even vote. It was a sensitive joke I told. It went down with the audience at the auditorium but later after a bit of assessment, people realised it was quite too far, it was quite an affront to the former president’s dignity. No malice intended,” he noted.

I received threats – OB Amponsah opens up on ‘Mahama joke’ 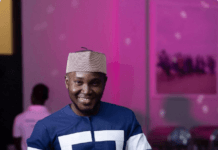 Comedian OB Amponsah apologises to Mahama after backlash from Ghanaians