He was also a Member of Parliament in the First Republic of Ghana as the very first MP for the West Gonja Constituency.

First President of the Republic of Ghana, Dr. Kwame Nkrumah, captured here with his Ministers. That’s my dad, EA Mahama (in smock) in the far right corner.

After being instrumental in assisting Dr Kwame Nkrumah as the first Minister of State for the Northern Region, Mr Mahama later served as a senior presidential adviser during Ghana’s Third Republic under Hilla Limann.

It is reported that the former President’s father was also known for his exploits as an educator as well as a rice farmer aside from his iconic political achievements.

This year’s Independence celebration is being held in the Central Region under the theme, Working together, bouncing back better. 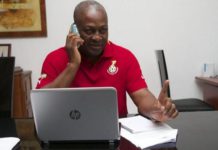 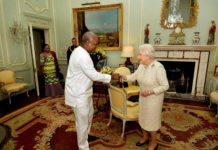 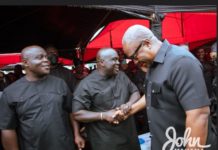