“We have a problem of competence at the Commission,” Mr Mahama said of Electoral Commission, noting President Akufo-Addo’s decision to clear the whole top of the EC has contributed to the problem.

“The EC over the years has had certain continuity with regards to retirement which is missing with the current chairpersons because the president cleared the whole top and brought in people who have never run elections before,” he said.

He said the situation was likely to create chaos on December 7, saying it is the reason he was raising the alarm bells.

Mr Mahama made the points in an interview with Adom FM and TV, as well as Asempa FM on Monday.

He bemoaned what he said was the EC decision to transfer all tried-and-tested hands out and bring in new people, saying it was unprecedented for thousands of votes to get missing from a compiled register.

Mr Mahama’s fears in his view stems from what he describes as the failure of the Electoral Commission to build a consensus with parties ahead of the polls.

“I have been involved in elections in this country since 1996 from my days as an MP and I have observed how the EC operates and how the electoral process has evolved over time,” he added. 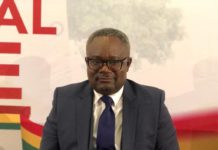