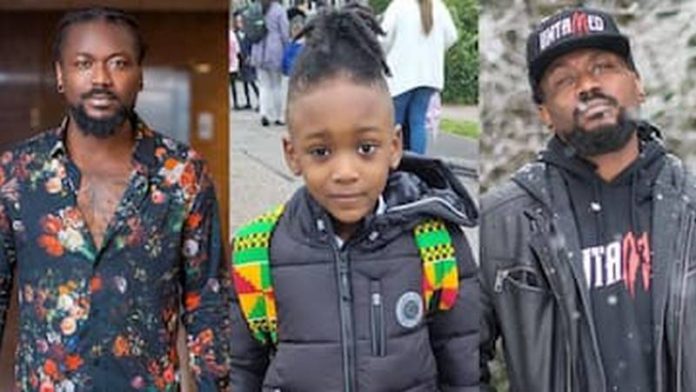 Another son of Ghanaian Dancehall musician, Samini, has popped up on social media.

Samini, is believed to have about five children.

We have sighted three photos of one of the boys in school uniform in Canada.

The photos were shared by Samini, and from the caption, there is no doubt that the musician is proud of his boy.

He gave the boy’s name as Ras Haile Michiah Gansonye Samini, and with his Rasta hairstyle in the photos, the boy is following the footpath of his father.

Some have also said the boy looks like his father in his other pictures: