An unidentified lady has reportedly been caught on camera stealing a phone inside a church.

In a video that has since gone viral, the lady was caught after church elders reviewed their CCTV footage following a complaint of theft.

The suspect is said to have waited for the end of the first service to carry out her ungodly plans.

In the video, the young lady could be seen around where the phone was plugged for a battery recharge as she waited for the perfect timing.

After pacing consecutive times and making sure no one was watching, she took the phone and put it in her back pocket before heading for the exit. 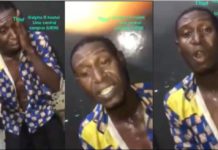 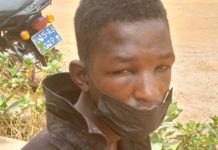 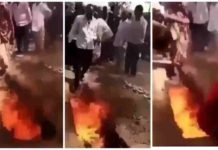