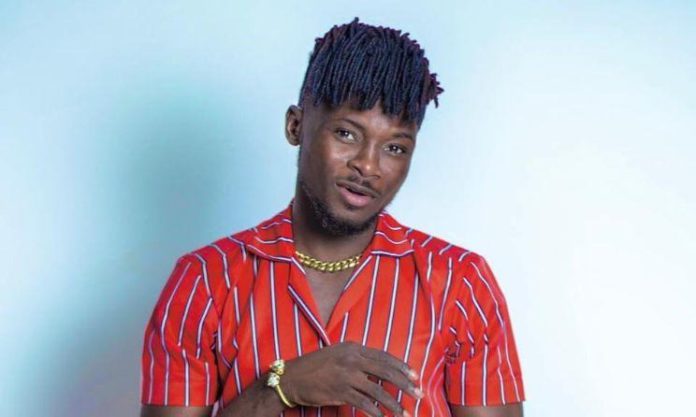 Kuami Eugene’s lookalike, Kuami Aburo Newton, got the recognition he sought when he showed up at an interview the Rockstar was billed to attend.

In a bid to come face-to-face with his ‘twin brother’, Aburo showed up at the premises of Angel FM two hours before the Rockstar’s interview.

Like a dream come true, he was invited to share a word with the singer, but he was too star struck to make any coherent statement.

His action, however, touched the heart of Kuami Eugene who described his charisma as amazing.

After revealing it took him GHS60.00 to travel from Techiman to Accra, he was rewarded handsomely.

The Dollar on You composer appreciated him with a single note of $100 and pledged to do more for his doppelgänger.

Kuami ABuro Newton was in awe as he revealed he had never held nor spent a hard currency all his life.

Aburo rose to the limelight after netizens shared a video of him aggressively chewing corn, mistaking him for Kuami Eugene.

He has also shared series of videos that still attracted the same reaction.