Chief Executive Officer of the Atta Mills Institute, Samuel Koku Anyidoho, has expressed his disdain for some members of the National Democratic Congress (NDC).

Persons at the receiving end of the former presidential aide’s ‘hatred’ are the popular ‘babies with sharp teeth’ in the NDC.

Taking to his twitter page, Mr Anyidoho said these ‘babies with sharp teeth’ andr with their paymasters have tortured him for eight long years.

As a reward for the torture meted out to him by them, Mr Anyidoho requested that the Lord Almighty punishes and severely deals with them.

Mr Anyidoho, however, failed to disclose who the said ‘babies with sharp teeth’ and their paymasters are. 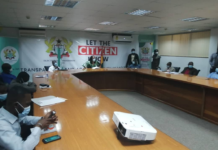 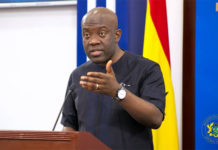