The Kumasi Metropolitan Assembly (KMA) under its 2019 Action Plan, is going to provide additional recreational facilities and services at the Rattray Park to bring in more revenue.

Mr. Osei Assibey-Antwi, the Metropolitan Chief Executive (MCE), said a medical unit would be established at the Park to aid swift response to any emergency situation.

READ: Audio: We have taken Ghanaians for granted – Politician

The Marriage Unit at the main office of the assembly was also going to be relocated to the place and that would provide couples with that serene environment for taking pictures.

He was addressing the third ordinary meeting of the assembly and said the goal was to increase revenue generation.

The Park inaugurated about five years ago has been enjoying massive patronage – both by the local people and international visitors, especially on festive occasions.

Mr. Assibey-Antwi said the staff there would undergo training in hospitality management to help them to be more professional in the performance of their duties.

Currently, the fountain water facility (pond) at the park is being rehabilitated.

READ: Audio: Calls for me to resign unfair – Roads Minister

The MCE reiterated the assembly’s resolve to partner the private sector to develop the tourism potentials of the city.

This, he said, tied in with the ‘Keep Kumasi Clean and Green’ project, which had been designed to restore the metropolis to its former ‘Garden City’ status. 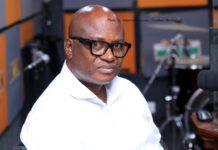 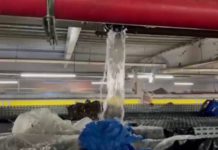