Wife and Manager of Keche Andrew, Joana Gyan, has jumped to her husband’s defense after he suffered backlash following some heartbreak allegations.

Keche became the talk of town when a lady cursed him for ditching her for his rich manager, now wife, and leaked some explicit photos she sent solely to him.

He has, however, remained silent on the issue, but his wife has a few words for haters who wish her marriage will collapse.

She took to Instagram to shut haters up, adding her husband is more than an angel on earth.

Borrowing the words from a viral video, she advised the public to mind their business when issues of their marriage come to light.

She added she did not marry a perfect man, but one who treats her like a queen and is willing to make her happy, and for that she will stay in her marriage despite all odds.

In another post, she described her husband as her God and comforter. 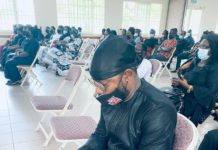 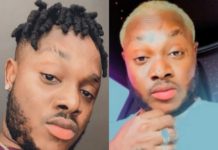 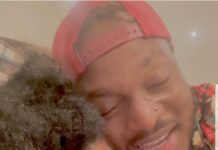 Love in the air: Keche Andrew sings for wife in latest video 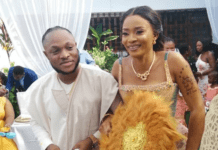 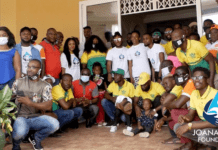