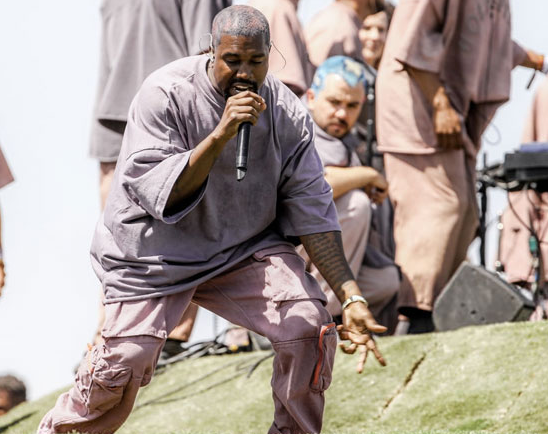 Following his Sunday Service at Coachella this past weekend, Kanye West is reportedly looking into starting a church of his own.

Sources tell People that the 41-year-old rapper has been inspired to open a permanent house of worship.

SEE THIS: Mr. P of P-Square slept with my wife – Diamond Plantnumz alleges

“Say what you want about Kanye, but he really does want to help people who need support,” adds the source. “He understands brokenness and the need for healing, probably more than most people. He believes in the healing powers of music, but also believes that God can step in and heal people’s brokenness and their issues.”

West’s Sunday Service at Coachella on Easter morning drew large crowds. Over 50,000 people were reportedly in attendance at the live-streamed event in Indio, Calif.

ALSO SEE: Video: You leave my label at your own loss – D-Black to signees

Kanye has been delivering his Sunday Service weekly since the beginning of the year for friends and family, but now he’s considering expanding it to reach more people. “Kanye has always said that his vision has always been for people from different backgrounds—races, ethnicities, beliefs, politics—to come together to worship God and love other people,” says a source, who adds that no official plans are underway.

During a recent interview with Elle, Kim Kardashian-West opened up about Sunday Service. “It’s honestly more like a healing experience for my husband,” she said. “It’s just music; there’s no sermon. It’s definitely something he believes in—Jesus—and there’s a Christian vibe. But there’s no preaching. It’s just a very spiritual Christian experience.”

It’s ridiculous to say universities have more financial scandals than other...

Its frustrating psychosis when you’re unable to predict winning ticket of...