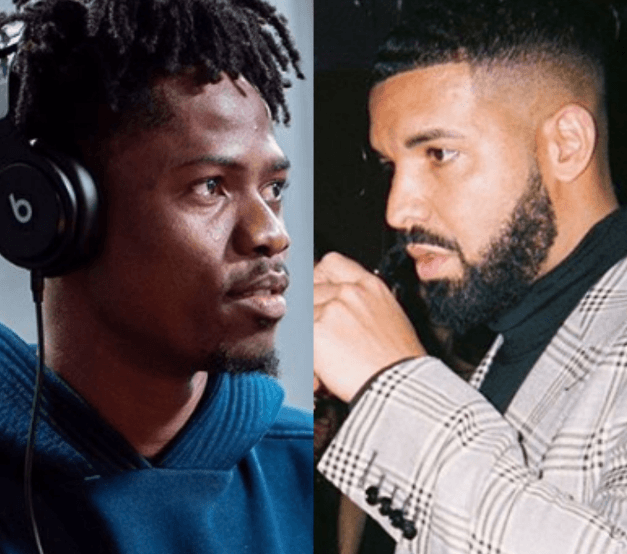 The inspiration to do music comes in many forms to creatives and the Grind Day hitmaker, Kwesi Arthur, the BET nominee says American rapper, Aubrey Graham, popularly known as Drake, inspired him to do music.

He made this revelation in an interview with Ibrahim ‘Ebro’ Darden, an American media executive and radio personality on the Hot 97 morning show in the United States of America.

Talking about Drake, Kwesi Arthur said he made rap look
simple and easy.

According to him, Drake’s lyrics depicted his struggles in life and as an up-and-coming musician, he took inspiration from that.

The Tema-based rapper further noted that, he loved hip-hop because of Drake and the inspiration taught him to rap without penning the lyrics first.

“I wasn’t writing at all. I never took the pen…” he said.