Kanye West is in Miami for his new opera Mary, where he was spotted with a bizarre and unique look.

He was also seen with a number of other performers all decked out in silver from head to toe.

West was wearing a baggy silver one-piece that covered him from head to toe, with silver paint covering his face and hands.

He also wore matching silver socks and silver slides as he arrived at the event, which was held at Miami Marine Stadium on Sunday afternoon at the final day of Art Basel.

The tweet also included a bible verse Luke 1:30-31, which read, ‘And the angel said unto her, fear not, Mary: For thou hast found favour with God. And, behold, thou shalt conceive in thy womb, and bring forth a son, and shallt call his name Jesus.’

West also made headlines last week when it was revealed he will join will join televangelist Joel Osteen as part of his annual Night of Hope at Yankee Stadium in 2020.

Last Thursday afternoon, TMZ reported that West is teaming up with televangelist Joel Osteen yet again, as part of his multi-city tour known as America’s Night of Hope.

The event will take place at the iconic Yankee Stadium on May 2, 2020, giving Ye and Osteen an even bigger audience. 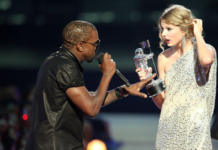 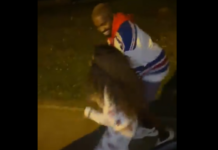 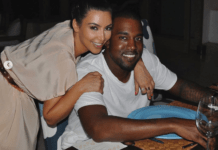