Radio personality and host of Cosmopolitan Mix on Joy FM, Doreen Andoh, has, in an interview, narrated how circumstances in her life landed her a career in broadcasting.

According to the Multimedia Group Limited’s (MGL) longest-serving staff, it all started when she finished sixth form but had to re-write her physics paper, which was very essential to her at the time.

This was because she wanted to become a Pharmacist.

“So in the process…of studying to write my second world war in physics, I had a car accident, broke my two legs and so I missed out on that year altogether.

“When I got better, I went back to write the exam…because I wanted to study Pharmacy…but the lecturers went on strike that year so I found myself at home,” she narrated to the host of PM Express Personality Profile host, Aisha Ibrahim.

Doreen Andoh disclosed that it was around this time when she was processing everything that was happening in her life that JoyFM started to run test transmissions.

Oblivious that this was going to be her big break, Doreen Andoh stated that by ‘just listening’, she saw the test broadcast as “something I could do. It sounded like a fun thing.”

“So a friend of mine who was a friend of the station was recording jingles for the station, I went to speak to him and I said to him–I wanna work here even if it is part-time because the lecturers were on strike and that is how I ended up at Joy FM.

“I was thinking about it as a part-time job and when I started doing it and I started enjoying it, I am like…I could actually switch and study this,” she said.

Forgoing her Pharmaceutical dream, Doreen Andoh applied to Ghana Institute of Journalism, where she enjoyed some level of flexibility to juggle studying Public Relations and Event Management alongside working with MGL.

“I got glued to the idea that this is what I really want to do. So I went to the Ghana Institute of Journalism…I enjoyed my stay there, I was going to work and studying at the same time and so it was pretty much easy for me,” she added.

In 1997, Doreen Andoh said her desire for broadcasting motivated her to travel oversees to Columbia School of Broadcasting in Virginia to perfect her craft.

“I met this guy who said to me, you know what, there is a school in Columbia you could benefit from.

According to her, the journey has been interesting and life-changing.

She was grateful to JoyFM and Multimedia Group Limited for having her back, supporting her and welcoming her back to serve on the airwaves after her studies with Columbia School of Broadcasting.

“Luckily, when I came they were like come on in,” she said with a broad smile. 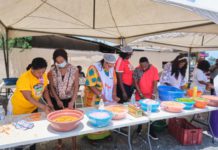 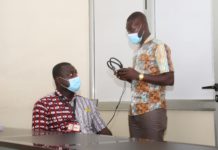 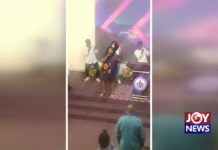 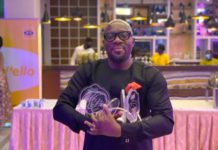 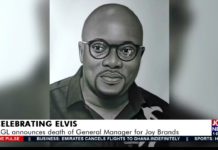