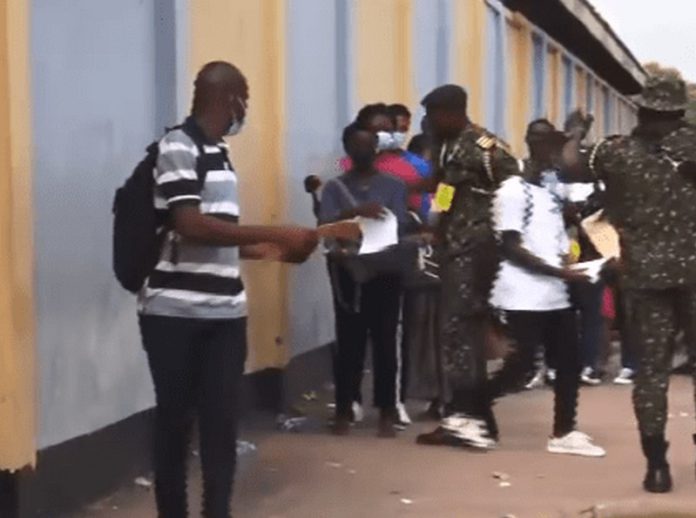 Two young people, who have applied to join the Ghana Immigration Service (GIS), hope to become billionaires when enlisted.

The two have identified themselves as John Asante Junior and Eric Obeng Brenya.

“Our salaries as Immigration personnel will help us become billionaires. That is why we applied to join,” the two told state-broadcaster GTV.

They were among thousands of young people who thronged the El-Wak stadium in Accra to be screened as part of processes that will possibly lead to their application success.

Several thousands of young people across the country are hoping to secure employment by being enlisted into Ghana’s security service.

The long queues that have been seen at various screening centres for entry into the Service are not very different from what was witnessed during the application process for enlistment into the Ghana Armed Forces and the Ghana National Fire Service.

In July this year, thousands of young people massed up at the El-Wak Sports Stadium to participate in the medical screening process for recruitment into the Ghana Armed Forces.

Unemployment among Ghanaian youth is high.

The government has already given the strongest indication that it is not well-placed to employ more people in the public sector.

The Finance Minister, Ken Ofori-Atta, speaking at a Springboard-Ghana Cares Youth Dialogue earlier this month, urged young people to venture into entrepreneurship instead of looking up to the government for jobs in the public sector.