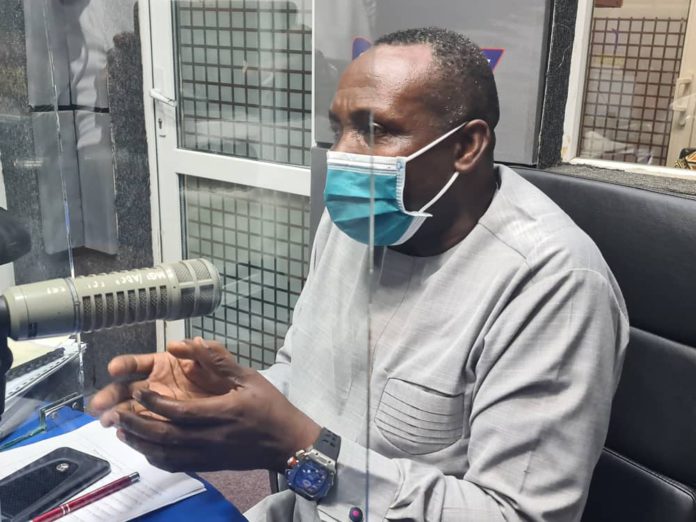 General Secretary of the New Patriotic Party (NPP), John Boadu, has sent a strong warning to members aspiring to take over from Nana Addo Dankwa Akufo-Addo as leader of the party that it is not time yet.

He said the rank-and-file of the party must expend their efforts into making sure that the Akufo-Addo-led government exceeds its mandate to make NPP the party of choice for Ghanaians.

Mr Boadu made this known on Friday, March 19 at the start of a tour of the leadership of the party of the Greater Accra Region.

The tour is expected to take the leadership next to the Ashanti Region this weekend.

From there, they will be in Bono, Ahafo, and Bono East regions. They will return to complete the Greater Accra tour before moving to the north.

Addressing journalists in Accra after the first round of meeting with regional party executives, Mr Boadu announced that the National Executive Committee will come out soon with guidelines in order to redirect all attention on the mandate given the party by Ghanaians.

“It is the good works of President Nana Addo that will be the bedrock for any flagbearer to campaign on in 2024. So, we must allow [the president] to work, so that if Ghanaians are impressed with the work, which I believe will be so, NPP is going to be a party of the country.”

Already, there appears to be subtle jostling for support by some leading members of the party.

On Thursday, March 18, Minister of Food and Agriculture, Dr Owusu Afriyie Akoto, denied ever meeting some regional executives of the NPP in the Ashanti Region to announce a bid.

“Per the constitution of the NPP, nominations have not been opened for interested candidates to announce their intentions to contest for any position in the party. It is therefore unfortunate for anyone to seek to create the impression that I held a meeting to announce my bid for the ‘flagbearership’ position of the party,” he said.