Members of Parliament (MP) for Bekwai and Fomena, Joseph Owusu and Andrews Amoako Asiamah, have been declared First and Second Deputy Speakers respectively of the 8th Parliament.

Lawyer Asiamah, who happens to be the only independent Parliamentarian in the House, was nominated by Asawase MP, Muntaka Mubarak from the NDC Caucus.

In his nomination speech, Mr Mubarak, among other things, reiterated the story of his suspension from the New Patriotic Party (NPP) and the subsequent declaration of his seat vacant in Parliament after contesting the December 7 election unopposed.

Further describing the action as ‘rambo styled’, he, however, noted that the good works of the legislator won him a second bid from his constituents.

The motion was supported by the NPP’s Effutu constituency MP, Alexander Afenyo-Markin, who also said lawyer Asamoah was capable of occupying the position given his track record and qualification.

The Speaker of Parliament, Alban Bagbin, while acknowledging the nominee, admitted it was not easy to get an independent candidate to occupy such a high position in the House.

He further urged the leadership to make the move a way for the House going forward.

The two were duly declared after a successful swearing-in of Ghana’s 8th Parliament of the 4th Republic. 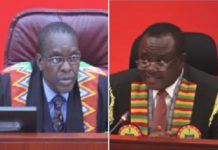 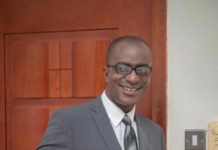