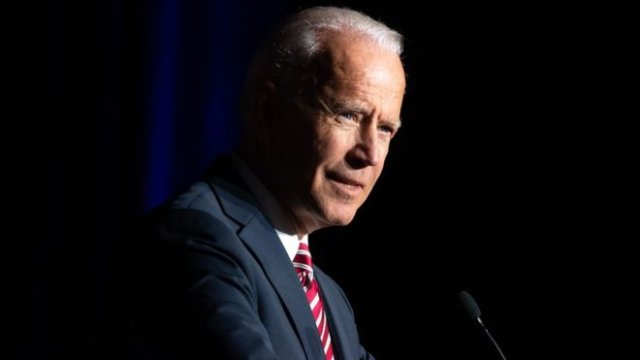 Joe Biden was not arrested in South Africa while trying to see Nelson Mandela, his campaign has conceded.

The US presidential contender had repeatedly said he was arrested during a trip there in the 1970s, when South Africa was under apartheid.

But a deputy campaign manager told reporters Mr Biden had been referring to an episode where he was “separated” from black colleagues at an airport.

Mr Biden is counting on black support to win South Carolina on Saturday.

On Wednesday Mr Biden won the endorsement of Democratic Congressman James Clyburn, a black lawmaker who is considered key to winning the state’s black vote, which makes up more than 50% of Democratic voters there.

The former vice-president first made the arrest assertion at an event in South Carolina earlier this month, reminiscing about his personal history with Mandela, South Africa’s first black president who died in 2013.

Mr Biden – at the time a senator for Delaware – said he had been visiting the country with a delegation of American officials and had planned to visit Mandela in prison.

But during the trip, Mr Biden said he had “had the great honour of being arrested with our UN ambassador on the streets of Soweto” while trying to reach the civil rights leader on Robben Island. The town of Soweto is more than 760 miles (1,223km) from Robben Island.

At a black history awards brunch in Las Vegas last week, he also said Mandela had thanked him for his efforts.

“He threw his arms around me and said, ‘I want to say thank you,'” Mr Biden told onlookers. “I said, ‘What are you thanking me for, Mr President?’ He said: ‘You tried to see me. You got arrested trying to see me.'”

Mr Biden’s account of what happened has been rebuffed by Andrew Young, the US ambassador to the UN at the time, who says he travelled with Mr Biden to South Africa.

Local media have also failed to find any evidence of an arrest being made.

Fact-checkers at the Washington Post called the claim “ridiculous” on Tuesday as they awarded it four Pinocchios.

On Tuesday Mr Biden’s deputy campaign manager, Kate Bedingfield, told reporters Mr Biden had been referring to an incident when “he was separated from his party at Johannesburg airport”.

When a journalist noted that being separated did not equate with an arrest, Ms Bedingfield repeated that it had been a “separation”.

Fat or fact? Joe Biden got involved in a heated exchange in Iowa

The account echoes earlier comments made by Mr Biden, but a statement he made in 2013 gives a different account of his trip.

“When I exited the plane I was directed to one side of the tarmac, while the African American congressmen travelling with me were sent to the other side,” said Mr Biden. “I refused to break off, and the officials finally relented.”

He has faced scrutiny for his verbal gaffes and his long and sometimes controversial political career, including his vote in favour of the Iraq war.

Republicans have been hammering away at him for his son’s lucrative board position with a Ukrainian natural gas firm when he was vice-president and in charge of American-Ukrainian relations. The issue was central to the Trump impeachment case.