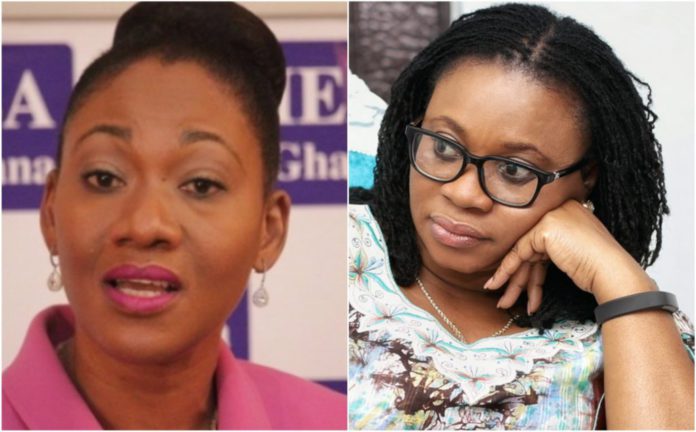 Chairperson of the Electoral Commission (EC), Jean Mensa, has won the heart of presidential aspirant, Hassan Ayariga after he was cleared to contest the December general elections.

The founder and leader of the All Peoples Congress (APC) whom hitherto was an ardent critic of the EC boss said his recent interaction with Madam Jean Mensa has changed his perception about her.

Explaining the sudden u-turn on Adom FM, Hassan Ayariga said she compared her posture and demeanor to that of former EC Chair, Charlotte Osei and realized that “Jean Mensa is 10 times better than Charlotte Osei”.

The APC leader said he was very much impressed with the leadership style of the current EC boss.

“Charlotte Osei is arrogant, Jean Mensa is not, she sat through when all the minority parties were filing their nomination and even gave us an opportunity to make corrections which Charlotte didn’t do so I think Jean Mensa is 10 times better,” he stated.

On how he managed to qualify, Hassan Ayariga said his party made sure all those who endorsed his forms did not endorse others.

“I learnt my lessons in 2016 so I made sure the people endorsed on my forms that is why I was not disqualified this time,” he added.