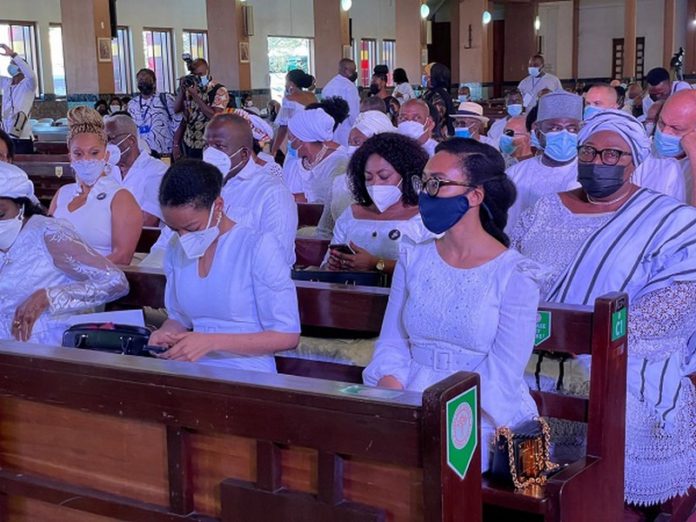 The family of the late Jerry John Rawlings says “it has been a difficult 12 months” because the former President is not physically present with them.

Daughter of the late statesman, Zanetor Agyeman-Rawlings, at a requiem mass at the Holy Spirit Cathedral in Accra to commemorate the one-year anniversary of Mr Rawlings’ death, said despite these challenging times “The Lord has been there for us and for all those who in diverse ways lost a loved one.”

Citing the scriptures according to Psalm 46:1, Miss Agyeman-Rawlings read, “God is our refuge and strength, a very present help in trouble.”

The Korle Klottey Member of Parliament also highlighted the pain many Ghanaians have experienced due to the passing of the late 73-year–old.

Touting her father to be a charismatic and loving figure, she said Mr Rawlings left a lasting impression on people he interacted with here on earth.

She expressed the gratitude of the family to the public “for the outpour of love and support when we lost our dear husband and father.

“It was indeed touching that many from across the length and breadth of Ghana, expressed their sympathies and offered us a shoulder to lean on. In you we sought and continue to seek our consolation,” she added.

Taking a look at her father’s achievements as a leader, the Korley Klottey legislator described the first President of the Fourth Republic as an accountable leader who lived an exemplary life for his successors.

“The journey of combating corruption has been a complex journey for Ghana but while you lived, you never stopped championing that cause.

“We are still far from where you wanted your beloved Ghana to be but your ideals and what you stood for, will also haunt those who choose to cut corners to achieve undeserved riches. This applies to politicians and non-politicians alike,” she stated.