After almost 18 years of dedicated service to para-sports, 41-year-old Raphael Botsyo Nkegbe was on Saturday, October 10, 2020, named the 2019 Sports Writers Association of Ghana (SWAG) Sports Personality of the Year.

He had earlier been decorated with the 2019 Para Athlete of the Year.

In an exclusive interview with Yours Truly he revealed that his dream is to win a Paralympic medal for Ghana and is working hard towards achieving it.

The NVTI certificate holder, who is expertly trained in cane and basket weaving, leather works and shoemaking, revealed that sports took the better part of his life and he rose to fame.

He started para-sports as an amateur in 1993 and went professional in 2003. He disclosed that he had strength in his upper body so why not use it as he believes disability is not inability.

He has participated in wheelchair basketball, wheelchair tennis and others over the years, but now his mind is focused on the tracks, doing his speciality, the 100m T54 race.

Since 2012, he founded the club called GoGetDem Wheelchair Racing Club with 10 members; five of them are in the national team. He is hoping others would come out of the streets and join them. The aim of the club is to improve the lives of disabled youth in rural areas, using sports as the tool to create opportunities.

Backed by a rich experience of four African Games, two Commonwealth Games and three Olympic Games appearances, he feels he can achieve his goal if he gets adequate sound preparation and financial support.

“Going to Tokyo needs a lot of preparation to win Ghana’s first Paralympic medal. I believe with God everything is possible. I am the record holder and number one in Africa as well as 6th in the International Paralympic Committee (IPC) ranking, so I can shock the world and win for Africa,” he expressed.

He hopes to improve upon his good time of 14.20secs. in his next international race.

His role model and inspirer is American Jane Driscol who has won the wheelchair division of the Boston Marathon eight times. She invigorated him to believe in himself as a star, and others’ model.

“I still need help and support, I hope to meet the president of Ghana, Nana Akufo-Addo and show him my award. Most disabled athletes depend on me, and any time I am on the track I feel like carrying six million disabled Ghanaians and I know they are also praying for me to win because when I come back somebody will benefit from a wheelchair or racing chair,” he said.

He expressed that the major challenges of disabled athletes are their equipment for competing and human support.

“We are also Ghanaians and we should be considered in planning and socio-economic development,” he stressed. 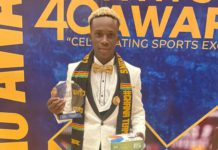 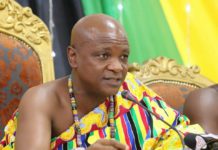 Togbe Afede, Stephen Appiah to be honoured at SWAG Awards 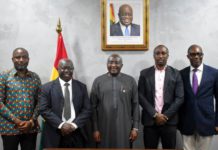 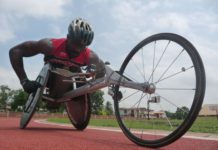 Tokyo Olympics: I am ready as an athlete but Ghana is not ready – Botsyo Nkegbe