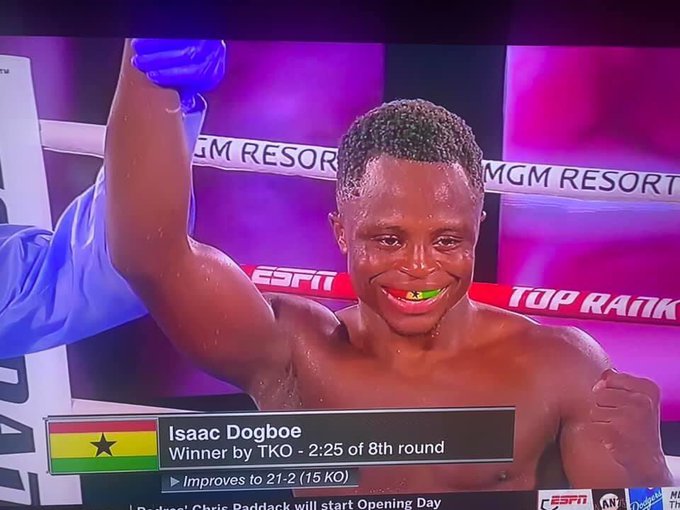 The Ghanaian was dominant and won every round despite receiving a point deduction for a low blow in the 6th round. 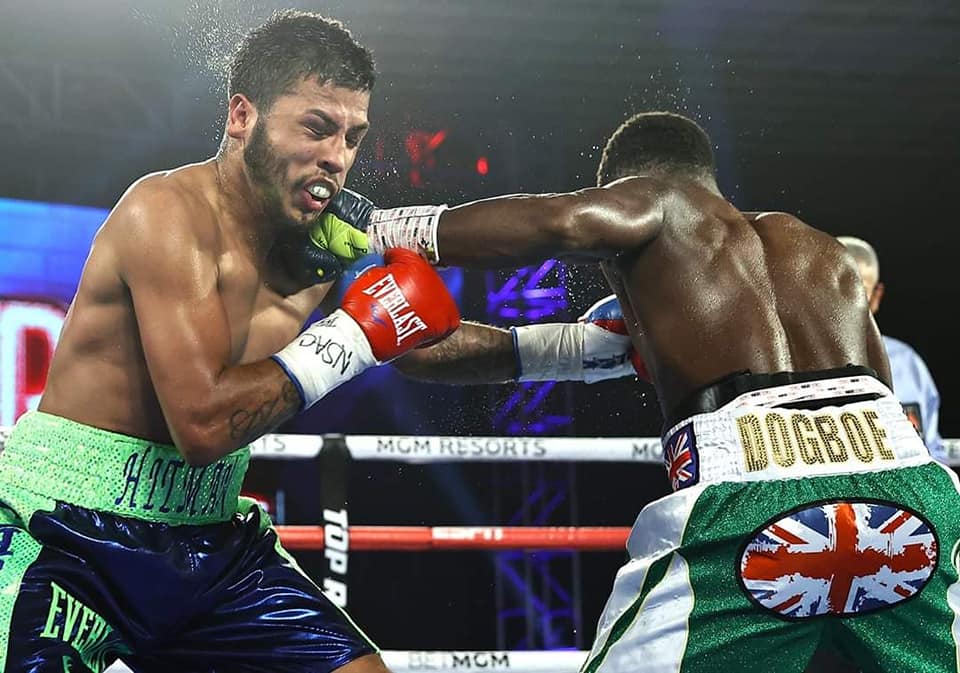 Dogboe closed the fight with a three punch combination and sweeping right which connected with the head of Chris Avalos and prompted the referee to end the fight.

Dogboe, who had new trainer Barry Hunter issuing instructions from his corner, looked sharp and appeared comfortable fighting in the featherweight division. 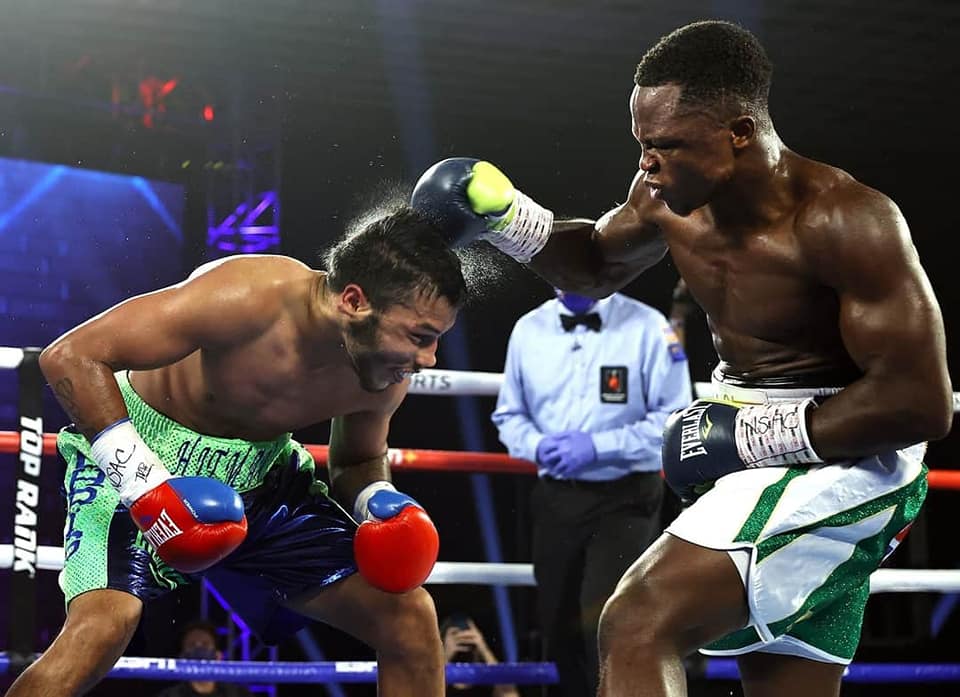 The former world champion went into the fight with questions over his credentials after back to back defeats against Mexican Emmanuel Navarrete in 2019.