Instinct Women have bestowed a special recognition and honour on the Jospong Group of Companies (JGC) and one of its most revered women; Mrs Florence Larbi, for championing the course of women empowerment and development in excellence.

This was during an award event dubbed ‘Celebrating Women of Excellence’ held at the Movenpick Ambassador Hotel-Accra.

JGC leads the way in women empowerment and development in excellence with women generally constituting 42% of 3,500 being the total number of staff members in the company with more women occupying and playing leadership positions and roles than the men.

Among these numbers is a pacesetter and the longest serving staff, Mrs Florence Larbi –the Chief Operating Officer for the Environment and Sanitation Cluster of the Jospong Group, whose immense contribution undoubtedly has brought the group all the successes it has achieved.

In a brief remark, Mrs Larbi dedicated the award to all staff members both men and women, especially women in the company, from the board, management and to the lowest rank, and appreciated them for their support to her in diverse ways in making her become who she is today.

Besides, she also extended her appreciation to the organisers of the award scheme for recognising the effort of the Jospong Group of Companies in raising women of excellence.

Mrs Florence Larbi is a Human Resource and Business Administration expert and the Chief Operating Officer for the Environment and Sanitation Cluster of the Jospong Group. She manages a core staff of 3,000 and has oversight over 85,000 project staff.

She has successfully completed courses from the Graduate School of Governance and Leadership-Ghana, and the Gamey &Gamey Academy of Mediation (affiliated to the Pulse Institute, Calgary-Canada).

She has attended several relevant seminars and workshops notably the MENA CEO Forum, African Leadership Fellows Program, and the IFC-IOD-GH Seminar on Corporate Governance for Directors.

Florence is a member of the Institute of Directors – Ghana.

Instinct Women Awards focuses on rewarding exceptional women of value and impact in various sectors and industries; to increase gender inclusiveness, visibility of women who are positively impacting lives, adjusting the history through their work and inspiring the new generations to actualise their potentials. 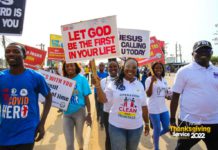 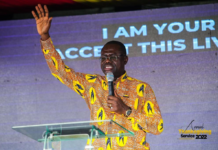 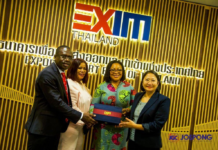 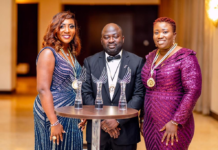 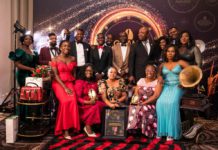