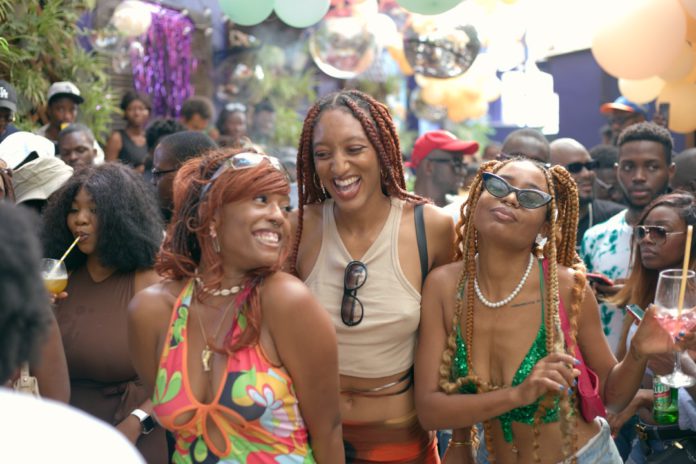 The nightlife in Accra is widely considered the ripest moment for parties to come alive but that narrative is being downed by a daring afternoon pop-up jam, iMullar Sound System.

The Energy 003 edition of the programme came off at Front/Back in Accra on Saturday, October 22.

By midday, tons of patrons who had converged at the venue met warm-up serenades by Araba OA with other DJs ready to go.

The eclectic mix of sounds from electric music down to hip-hop and hip-life enriched the space.

Afrolektra, B. Frvnkie, DJ Shagy, Edwvn took turns to heighten the pulse of the experience via the turntables.

It was closed by exciting the two, DJ Neizer & DJ Juvenile, and the crown could not get enough of the thrill.

The audience was a general mix of Ghanaians and diasporans alike who had found unity in this intriguing getaway from the week’s hustle.

They danced to great music and networked amid the cozy ambience.

Maxwell Adjavon has been contributing to the growing music landscape of Ghana through its platform.

It seems like this new event happens to be just another stepping stone to their overall dominance over all things music related. iMullar Sound System stayed true to its motto, “connecting people through sound,” when it curated this new experience.

Meanwhile, the fourth edition has been slated for December 24th and will see a repeat as patrons who missed Saturday’s showdown have already promised to show up this time.

There were some surprise acts such as Kirani Ayat, Larusso, and Yung Demz.

The best thing about iMullar Sound system’s Energy series is that all the mixes from the event are uploaded onto Apple Music and visuals on YouTube so external communities can catch up on the live experience with ambient sound.

The event was hosted by the iMullar Network.