Ghanaian musician, Fancy Gadam, says he will be very disappointed if the Vice President, Dr Mahamudu Bawumia, does not fulfil his promise to build an ultra-modern studio in the Northern Region.

In an interview with Andy Dosty on Daybreak Hitz, the Total Cheat hitmaker mentioned that the Vice President gave him his word to establish an ultra-modern recording studio in the North to develop their music industry.

According to him, they had a very fruitful meeting and are hopeful this goes through as they discussed.

Fancy Gadam also stated that he and his people in the North will be very disappointed if the promises are not fulfilled.

“I will be very disappointed and the whole north will be disappointed. For me to discuss it on radio means a lot. But I spoke to him last two weeks and he said they are in the process…,” he said.

In 2017, he won Best New Artist at the Vodafone Ghana Music Awards and in 2020 was named Best Afrobeat Entertainer at the International Reggae and World Music Awards. 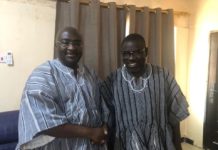 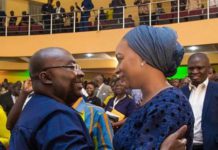