A former Chairman of Parliament’s Finance Committee, Dr Mark Assibey-Yeboah, says he will not hesitate to accept the position of Finance Minister should President Akufo-Addo give him the opportunity.

According to the former lawmaker, he is prepared to take up the challenge if selected.

Although a section of Ghanaians have called for the resignation of the current Finance Minister, Ken Ofori-Atta, President Akufo-Addo has not given any indication of replacing his cousin any time soon.

Media reports of considered candidates have, however, become rife and one of the names that has come up is the party’s Mark Assibey-Yeboah.

“I would love to serve my country in whatever capacity that I am invited to, so why not, I will take it,” he told Benjamin Akakpo on JoyNews’ AM Show.

Aside from the endless calls for the dismissal of Mr Ofori-Atta, the Minority in Parliament has filed a censure motion against him.

Members of the Minority caucus justified their calls for the removal of the Finance Minister by citing government’s alleged reckless spending in the financial sector clean-up.

The Minister was then forced to appear before a seven-member committee where he had to prove to the committee why he should not be censured.

Currently, his fate as a Minister of State lies in the balance as the legislative arm of government is yet to take a final decision.

Meanwhile, some 98 NPP MPs have also asked President Akufo-Addo to sack his cousin, saying that Mr Ofori-Atta has lost credibility.

The President in turn struck a bargain with his party to let the Minister complete negotiations with the IMF after which he will relieve him of his post. 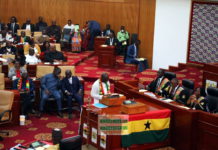 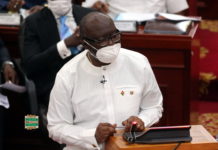 Ken Ofori-Atta would have rotten in jail if … – Okudzeto Ablakwa