It was a day of glitz and glamour at a star-studded event to witness the marriage ceremony of the Director-General in charge of Legal and Prosecution for the Ghana Police Service, COP Kofi Boakye‘s daughter.

The colourful ceremony came off on Wednesday, November 24, 2021.

The white Kente-themed event saw many celebrities in attendance including the Inspector General of Police (IGP), Dr George Akuffo Dampare.

Also present were the Founder of the Glorious Word and Power Ministry, Reverend Isaac Owusu Bempah, the Founder and General Overseer of Alive Chapel International, and Salifu Amoako, among others.

A video from the ceremony, which has gone viral on social media, spotted Dr Dampare and the men of God in hearty conversations.

Many Ghanaians, who have been touched by the adorable moment, have described it as a reunion between the IGP and Rev Owusu Bempah following his arrest and detention in cell. 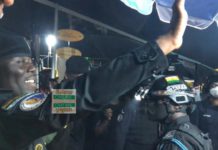 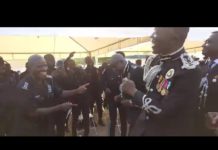 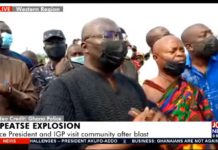