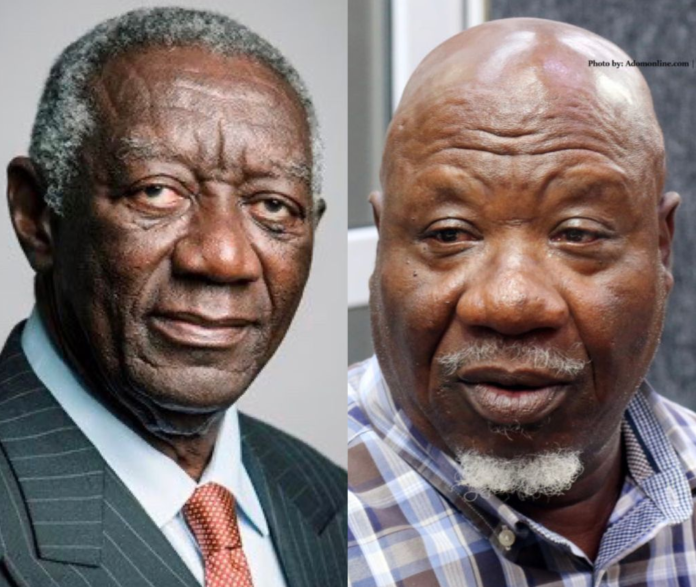 Bernard Allotey Jacobs said the vile propaganda against the erstwhile Kufuor administration prior to the 2008 general election swayed the minds of voters for his government’s exit.

“I told Kufuor if he forgives me today, heaven will forgive me when I met him in his house,” the former NDC member said on Asempa FM’s Ekosii Sen programme Wednesday.

This meeting, according to the veteran politician, was a dream come true because “I have been longing to beg Kufuor for years.”

Surprisingly, Mr Jacobs said he was given a warm reception and treated to nice local dishes to cement their reunion.

“I’m so happy at long last, someone I destroyed has forgiven me. President Kufuor you have shown your desire to help humanity. Thank you,” he added.