Founder of policy think-tank, IMANI-Africa, Franklin Cudjoe, has revealed he was alarmed over the content of the Special Prosecutor’s (SP) Agyapa Corruption risk assessment.

“Mr Amidu is technically good at his writings but the SP’s words were strong and I wondered if anybody has offended him,” he said.

According to Mr Cudjoe, he doesn’t think any investor in London will touch the Agyapa deal if it lands in London after the retraction and a good work is done.

He made the disclosure on Asempa FM’s Ekosii Sen.

However, he lauded Mr Amidu has done a good work and has indeed proved his worth.

“We have been accusing him including myself of always writing letters but look at what he has done.

“This action of his is like the final goal Fernando Torres scored to win Chelsea its first UEFA championship trophy in 2012-13 justifying the millions of pounds spent on him but had failed to perform for a long time until that goal,” he extolled. 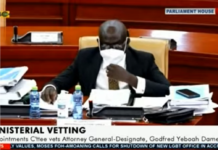 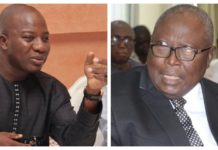 Amidu-led office sat on evidence that exonerated me – Ayariga