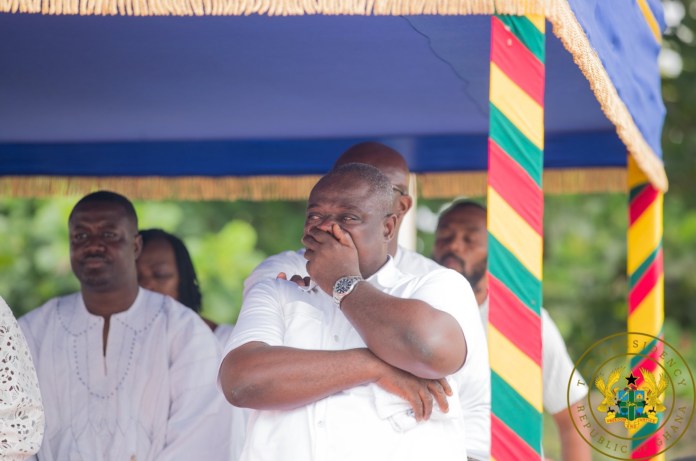 Samuel Koku Anyidoho, the founder of the Atta Mills Institute, has reacted to criticisms that he has arrogated the name former President John Evans Atta Mills to himself without recourse to his family.

He has also been accused of engaging with the government to refurbish the Asomdwee Park, the final resting place of the late President without recourse to the family of Professor Mills.

In a radio interview Monday morning [July 25, 2022], Mr Anyidoho dismissed the criticisms and said while former President John Dramani Mahama was in office [July 24, 2012 to January 6, 2017], he pleaded with him [Mahama] to erect a tombstone on Mills’ grave and put the Asomdwee Park in a proper state but he was ignored.

He said normally, when a person passes on in Ghana, the family erects a tombstone in the first year memorial, but in Mills’ case, that was not done. There was no tombstone on his grave.

Besides, the Asomdwee Park where he was buried was left in a bad state.

He said after four and half years of President Magama’s tenure, that was not done.

When he (Anyidoho) initiated moves to plead with President Nana Addo Dankwa Akufo-Addo after he succeeded President Mahama in 2017 to erect the tombstone and rehabilitate the Asomdwee Park, members of the opposition National Democratic Congress (NDC) told him to wait till Mr Mahama was in power again so he could do it.

He claimed he was told it was unacceptable and it will amount to desecration if he did not wait for former President Mahama to do it.

In the radio interview with Accra based Oman FM monitored by Graphic Online, Mr Anyidoho commended President Akufo-Addo for agreeing to his request for the state to rehabilitate the park to a status befitting the stature of the late President Mills.

He gave an assurance that he would ensure the regular maintenance of the park.

He said that is why he has decided not to react to many of the accusations since it was not really coming from the family as a collective.