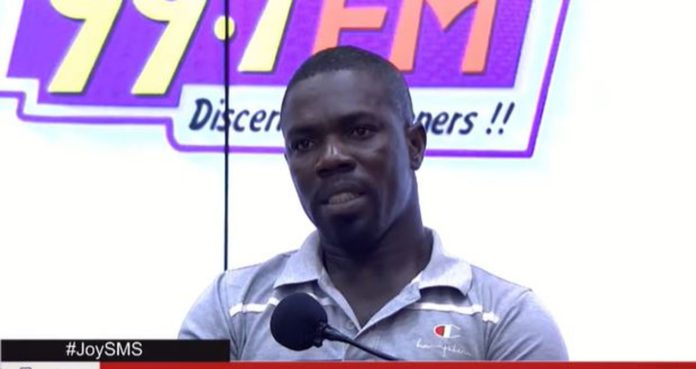 A 37-year-old man, Bernard Ofori, has recounted how he was compelled by health officials at the 37 Military Hospital to pay huge sums of money as the cost of healthcare for his pregnant wife, even after enrolling under the National Health Insurance Scheme (NHIS).

According to him, this happened in March last year, when he took his wife to the hospital for delivery.

“I was informed that under NHIS we were not going to make any payment. So as I was going to the hospital, the only money I had on me was ₵100. But immediately I got there I was asked to pay for drugs totalling 105 cedis,” he said on the Super Morning Show, on July 13, 2022.

At the first hurdle, he was stuck since he did not have enough money to cater for the drugs.

Luckily, he bumped into Corruption Watch investigator, Francisca Enchill, who assisted him with money for the drugs.

“Afterwards I thought the Insurance would cover the cost of the other drugs and healthcare but that was not the case. Officials at the hospital kept asking me to buy drugs, worth ₵300, ₵500, ₵450, the least ₵150. That was even not the end. Later, I was asked ₵1,800 for the Caesarean Section,” he recounted on the show on July 13.

According to Mr Ofori, leaving the hospital, he had paid over ₵3,500 which covered all aspects of healthcare even under the NHIS.

“I was made to pay for everything. The only thing I didn’t pay for was the knife which was used to operate on my wife,” he said.

In spite of all the charges, he lost his child.

His comment followed the Corruption Watch Investigation ‘Pay or Die’ which exposed how expectant mothers in Ghana are paying for prenatal (before birth) and postpartum (after birth) care, contrary to provisions of the National Health Insurance Act, 2012 (Act 852).

Mr Ofori is not the only victim. An educationist, Jerry Koomson, shared a similar experience.

According to him, in April last year, he went to the Korle-Bu Teaching Hospital when his wife was about to deliver a baby.

“My wife was in labour and we went to the hospital. Though she’s a subscriber of the NHIS she was made to pay some monies that could not be accounted for,” he said.