The pain from a wild accusation from his wife has caused gospel musician Brother Sammy vowing never to have sexual relations with his wife.

According to him, Obaa Yaa once labelled him a member of an occult after she miscarried their most recent baby due to what doctors diagnosed to be ectopic pregnancy.

He said in an interview that at that time his wife was battling for her life in the hospital, he was billed to perform, a call that made him leave his wife in the care of some of his junior members.

“I told her I have been billed for a show in Accra and even asked her if I can go. I asked her permission which she granted. I knew she was in safe hands and I would return shortly after. After I left for the programme, all the calls I made to her were unanswered. When I finally reached her she kept accusing me, blaming me for the loss of the pregnancy.

“She said I was occultic and I used her fallopian tubes for ritual,” he added.

He indicated that one of his junior members, who he had left to care for his wife, fed her lies that he was involved in extra marital affairs while she was suffering in the hospital bed.

This, he said, was the genesis of their problems, and though they create the perception of a happy couple, there is trouble in paradise.

The kiss he recorded in a viral video when he escorted his wife to the airport for a travel was all a cover up.

Brother Sammy said he is still hurt his wife of many years chose to believe an outsider rather than him, the reason he has refused to ever touch her intimately. 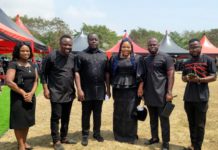 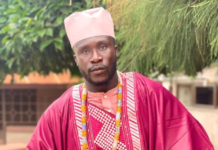 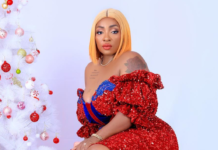 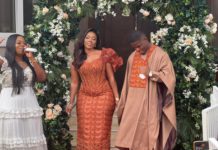