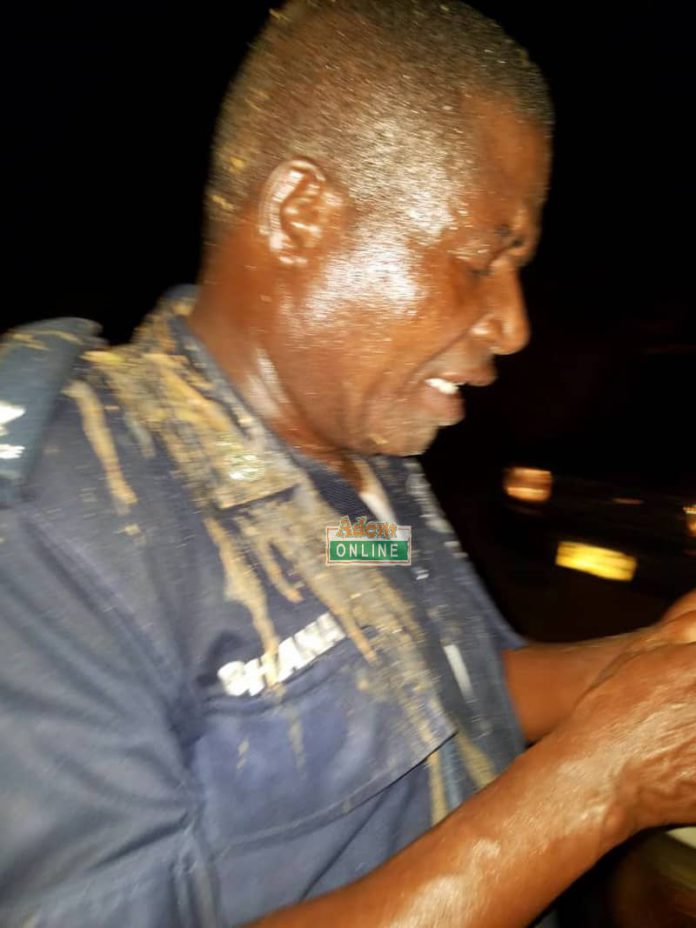 The Assin North District Police Commander, Supt. Isaac Tetteh, has opened up on how he survived attacks on his life in line of duty.

Dispatched to Adansi Praso to calm tension in a fierce battle between Assin and Adansi Praso, Supt Tetteh said he did not expect the worse.

After chasing the intruders out of Adansi Praso and repelling the attack which led to the death of one and two severly injured, Supt Tetteh said they taught it wise to transfer the injured to a different hospital.

It was there, he said some persons identified him as the police team lead and a signal was given for the cutlass-wielding men to descend on him.

But for the timely intervention of some taxi drivers who whisked him away, the police commander stated bad news would have been announced.

The charge against him was that the police had failed to arrest the persons responsible for the death and injuries of the rioters, he told Adom News’ Amoh Alfred Samuel.

That was not the first time the senior Police officer had been attacked: In 2019, a woman attacked him with soup.

3 persons arrested in connection with attack on Asiwa police chief