Popular Ghanaian rapper, Freda Rhymz, has joined the long list of sexual assault victims who are bold enough to share their stories.

According to the rapper, the perpetrator is a long-standing friend from whose pocket the money for her lavish lifestyle comes from.

When an invitation for a visit was thrown to her, Freda said she happily agreed only for her friend to lay claim to her body, saying he was entitled to her body which he has invested in.

Freda said the culprit begged for only the ‘tip’ of his manhood to penetrate but after that mutual consent failed, the man pounced on her.

Luckily for her, she said, her jeans made it difficult for easy access but the man in question successfully fondled some parts of her body.

“I would not say it was rape because it did not happen. Moments after I showed up, he started holding and attacking me but God being so good, I was able to leave the place”.

Freda said even though she is relatively taller than the man, he would have taken advantage of her if she hadn’t screamed for help.

She said her scream attracted neighbours who lived at West Hills where the incidence happened, as they rushed to her defense.

The incident, which she said happened before her recent fame, left her traumatized, adding that anytime she met the perpetrator, the trauma re-visited her.

Freda made the disclosure when adding her voice to an anti-rape project pioneered by musician Tic.

My wife falsely accused me of rape, had me arrested two months after arriving in Germany – Man reveals 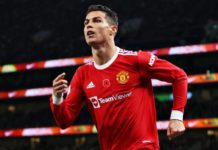