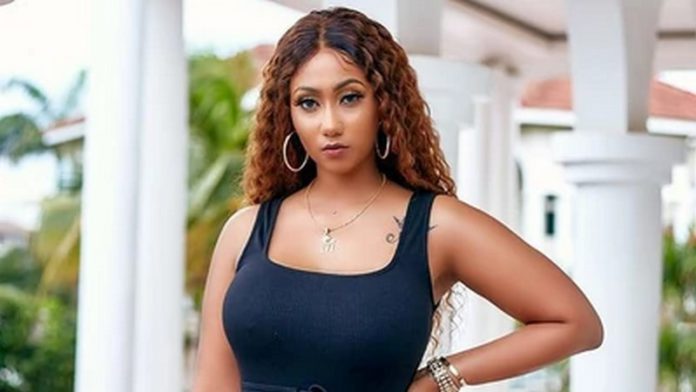 Ghanaian rising singer, Mona Montrage, popularly known as Hajia4reall, has made a first post since news went viral that she has allegedly been arrested in the United Kingdom (UK) for fraud.

The singer thanked fans for their prayers and care during her absence on social media as rumours spread that she had been caught in $8 million dollars scandal facing investigations in the UK.

In the video she dropped, the “Badder Than” hitmaker failed to disclose the truth in the matter.

“Hi lovely people I miss you so much, and I know you miss me too. Thank you so much for your prayers and I really appreciate it,” she said in a serene neighbourhood.