The true identity of comedian Baba Spirit has been revealed in a burial poster his family released ahead of his funeral today, November 19.

Known privately as Francis Yaw Ofori, the late comedian will be laid in state at the National Police Training School, Depot-Tesano.

The final funeral rite will be held in his hometown at Akyem Ayirebi Odumasi in the Eastern Region.

The thanksgiving service will be held on Sunday at the CAC Obeyeyie district in Accra.

This is coming weeks after scores of mourners and sympathizers thronged the Arts Centre Accra on September 25 for his one week celebration.

He is survived by his father and five siblings.

The details were not the only things contained in his poster, but a photo of his ‘real self’.

Prior to his demise, Baba portrayed himself as a Northerner with fake bushy beard, but his photos revealed he is the direct opposite.

He was a handsome man with a gentlemanly posture. 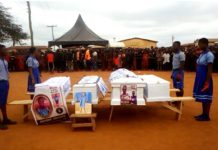 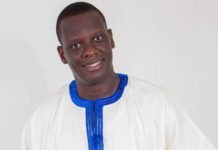 Lord Kenya shares his experience with the late Baba Spirit 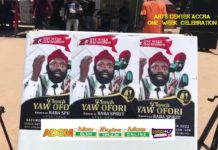 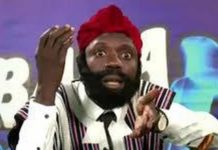 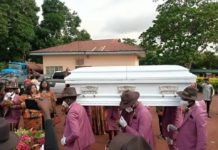