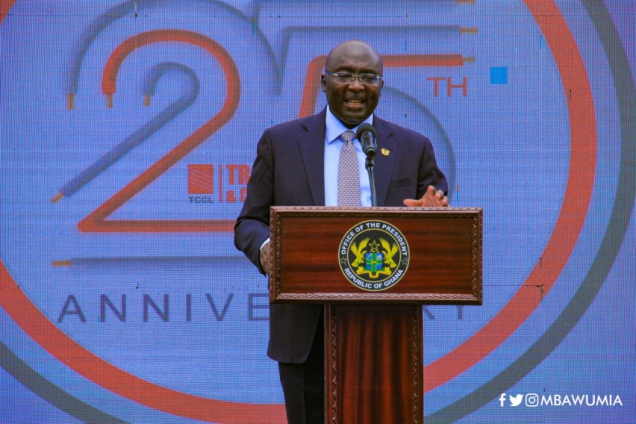 The Vice President, Dr Mahamudu Bawumia, has reiterated government’s commitment to empowering indigenous industries in order to get them ready for the emergence of what he called, a new global architecture.

Speaking at the 25th Anniversary of the establishment of Tropical Cable and Conductor Limited in Tema on Wednesday, June 22, Vice President Bawumia said, the ongoing global economic crisis will bring about a new phenomenon, where countries would no longer have to depend much on external products and services, but depend on their local industries.

He, therefore, called for a rethink, and the offering of more support to local Ghanaian industries, to empower them and become as successful as Tropical Cables in order to be internationally competitive.

“The ongoing global economic crisis, which is the result of the Covid-19 pandemic and the Russia-Ukraine war, will bring about a new global architecture, where countries will have to be more dependent on themselves,” Dr Bawumia said.

“So there has to be a rethinking of the policy environment; what can we do to empower our local industries. We don’t know when this war between Russia and Ukraine will end but it will end, even if it is five years, it will end.”

“But we have to be prepared for the new emerging global architecture and we can only be prepared for it if we are empowering our local industries to produce and to compete globally,” he said.

The Vice President stressed that the Akufo-Addo government’s industrialization agenda, which was initiated right from the onset of the government in 2017 before the current global crisis struck, could not have been done at a better time, as it fits into the agenda to boost local industries, be self-reliant, create jobs for the youth and also boost the economy.

“Industrialization has been a strategic priority of the President Akufo-Addo government. The One District-One Factory (1D1F) initiative has been transformed from a political mantra into an effective flagship programme geared towards revamping of the economy to create job opportunities for our teeming graduate youth,” added the Vice President.

“At the heart of the One District, One Factory (1D1F) concept lies government’s firm determination to transform the Ghanaian economy from one known as a supplier of raw materials to the international market, supplying foreign industries with our natural resources to the detriment of our locally based ones, to one that feeds local value-enhancing entities in the country.”

“This is why our government in 2019 launched the Ghana Beyond Aid program, with the overriding objective of adding value to our raw materials at source.”

Congratulating Tropical Cable on its 25th Anniversary, Dr Bawumia expressed joy that an indigenous Ghanaian company, which started on a modest note and went through the challenges of industrialization, has grown to be an industry leader and has also become globally competitive.

“Twenty-Five years in the life of any business is certainly worth celebrating but if one appreciates the unique challenges of the manufacturing sector, then the significance of this achievement stands out even more,” Dr Bawumia said.

“We are gathered here to congratulate and to celebrate you as a company on the attainment of this remarkable milestone. I am sure that, 25 years ago the scale of what we see here today was probably difficult to imagine but due diligence, discipline and innovation and hard work, have paid off and propelled you to sit at the top of your industry, serving power utilities, the real estate and construction sectors, the mining sector, and so on, with internationally certified cables and conductors.”

“As a nation, we are indeed proud to have an indigenous company like Tropical Cable. Its achievements over the years have given meaning to the belief that this nation can produce and sustain industrial excellence.”

At the ceremony, the Vice President also launched Tropical Cable’s CAT-6 cable, which is the first certified CAT-6 cable to be manufactured in Ghana. 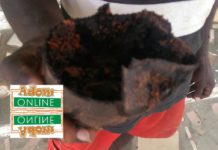 Mysterious calabash found in over 70-year-old tree at Tema