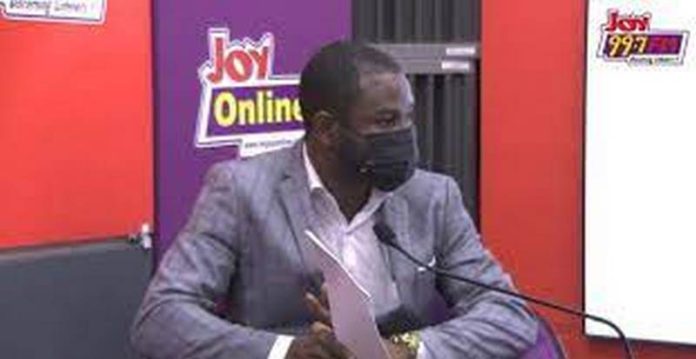 An entrepreneur, who accused the Agriculture Ministry of impeding his bid to establish a factory to manufacture fertiliser in the country, has received a call from the Presidency.

Bernard Oduro disclosed this on Asempa FM’s Ekosii Sen Show Thursday, stating it was because he had poured out his frustrations in the media.

“A call has come through from the Presidency and it was to let sleeping dogs lie. I vented with anger and that was why I have received the call and was asked to write directly to the president.

“So, I will do exactly that. The frustration amongst the youth is worrying and we need to do something and help the youth,” he said.

He said he was grateful for the call from the Presidency and is ready to open a discussion with the Mauritius Chemical and Fertiliser Industry (MCFI).

“I am grateful to the President for that call. It shows that my work is not useless. The President has called, and they see the sense in what I was doing though some people thought I was working in vain,” he lauded.

Mr Oduro is a 2016 winner of the Business Plan Competition USADF YALI Entrepreneurship Programme under the US African Development Foundation (USADF).

Narrating his ordeal, he said he had secured a grant of $25,000 as an award to address agricultural challenges in his area, following which he encountered the Group CEO of MCFI, who was willing to have him aboard their move to establish their presence in Ghana.

The overall capacity of the project in four years was expected to be 500,000 metric tonnes.

This is where Mr Oduro believes he has been short-changed.

However, Agriculture Minister, Dr Owusu Afriyie Akoto debunked claims that he prevented an entrepreneur from establishing a fertilizer manufacturing plant in the country.

According to him, the concern is only a smear campaign orchestrated by the opposition National Democratic Congress.

Mr Oduro, the entrepreneur in question, insists that his dreams of making Ghana a powerhouse in the sector would have been successful but for some decisions taken under the Minister’s watch.

Meanwhile, the Finance Minister earlier this month encouraged the youth to venture into entrepreneurship as the government payroll is full.

Ken Ofori-Atta, who was speaking at a lecture at the University of Professional Studies, Accra (UPSA), said the government had many programmes to support graduates who choose that path to ensure that they succeed.

This speech, which has been received with mixed reactions from a section of the public, was also the trigger for Mr Oduro’s lamentation.

“I felt that no, it is high time I tell this story for people to hear,” he said.