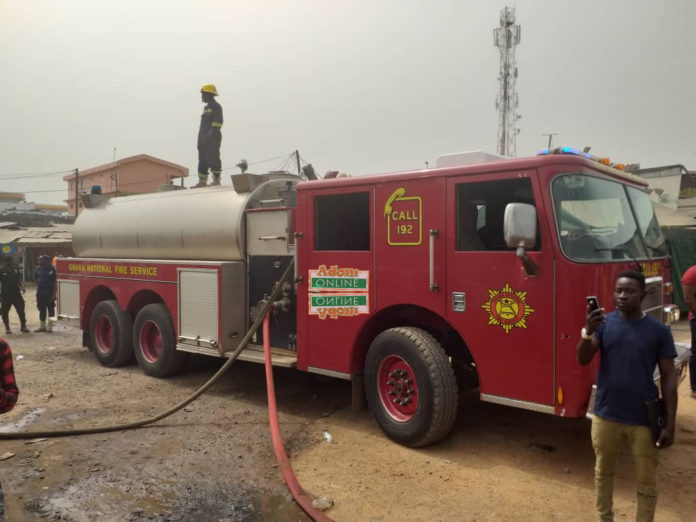 The Ghana National Fire Service (GNFS) has paid Workman’s Compensation to six victims of a gas explosion at the Ghana Household Utility Company (GHUMCO) in Takoradi.

Fire personnel who were injured while attending to the massive explosion have also received medical attention paid for by the Ghana National Fire Service.

This was made known in a press release signed by Mr Ellis Robinson Okoe Divisional Officer Grade 1, Head of Public relations of the service, copied to the Ghana News Agency (GNA).

“The gas explosion victims paid a courtesy call on the Chief Fire Officer and the Fire Service Council at the Ghana National Fire Service headquarters in Accra to appreciate the entire Command for their immense support,” it said.

The Chief Fire Officer, Mr Edwin Blankson, in the statement, commended the firemen who were in the line of duty during the explosion and expressed satisfaction about the current state of their health considering the severity of the injuries at the time of the explosion.

He pledged the Command’s support to all personnel who went about their constitutionally mandated duty of saving lives and property.

Station Officer Arthur, a leader of the victims, said they occasionally experienced complications during hot weather conditions and expressed gratitude to the Service for the support.