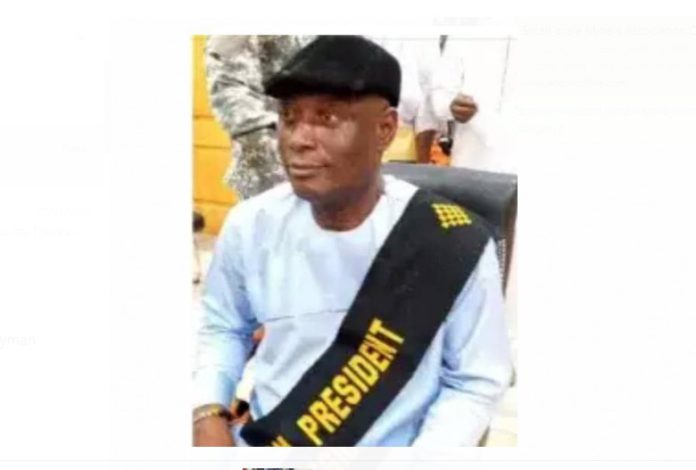 The President of Small Scale Miners Association and Chief Executive Officer (CEO) of Chrisphil Goldfields Ltd, Philip Kwasi Akuffo has described an earlier publication in the media that he has fraudulently transferred shares and subsequently been arrested as false, contemptuous and orchestrated to defame and tarnish his hard-earned image.

The issue of shareholding and transfers between Chrisphil Gold Fields Co. Ltd and HK Xingding Co. of China, which was the subject of the earlier news item, is a case already pending before a high court of competent jurisdiction in Accra.

Upon realization, the board of directors of Chrisphil, demanded a reversal of the changes made in shareholding records effected by HK Xingding, cancelled the shareholding agreement for show of bad fate, and suggested to HK Xingding that, going forward, Chrisphil can engage them only as contractors and no longer as shareholders. HK Xingding agreed.

Transfer of Shares Back to Chrisphil

Upon agreement, the rightful procedure of transferring shares was strictly followed, with a Deed of Transfer No. G-AST 9263362020, willingly signed by both parties, stamped and sealed by a commissioner for Oaths to transfer the said shares back to Mr Philip Akuffo on the 20th March 2020.

The Board of Director of Chrisphil passed a resolution, requesting the Registrar General to effect the respective changes.

Subsequently, in April 2020, a new agreement was signed between the parties in which Chrisphil engaged HK Xingding as contractors.

HK Xingding’s current contest for share in Chrisphil Goldfield Ltd without any capital injection and any proof of it is unthinkable to us and has been referred to a High Court of competent jurisdiction, currently pending, for a decision.

The facts above therefore negate the  earlier media publication, purporting that Mr Philip Kwasi Akuffo, CEO of Chrisphil Goldfields and President of Small Scale Miners Association had fraudulently transferred shares and has been subsequently arrested is false, contemptuous, calculated and orchestrated to defame and tarnish his hard earned image.

Without any contradiction, Mr Philip Kwasi Akuffo rose through the ranks of GNASSM without any blemish to ascend the Presidency.