Ex-footballer, Bernard Dong Bortey, has said that he will win continental title for Asante Kotoko should be given the coaching job.

The Ghana Premier League side has been searching for a continental title since winning the Africa Inter-Club Competition (now CAF Champions League) in 1983 and in between they have lost three continental finals 1993, 2002 and 2004).

The Porcupine Warriors came close in 2004 but lost to the Confederations Cup to sworn rivals, Hearts of Oak.

However, Dong Bortey, who was part of the Hearts of Oak squad that won the title against Kotoko, believes that he can end Kotoko’s trophy drought at the continental level.

“Kotoko’s CAF Continental trophy droughts can be solved by me if I become a coach. I am ever ready to coach Kotoko and I can win Africa for Kotoko,” the former Hearts of Oak forward told Accra-based Hot FM.

“Kotoko has a good strong squad for Ghana Premier League but they have to buy players outside Ghana to blend the players for them to able to succeed in Africa,” he added.

Kotoko, who are two times champions of Africa, will represent Ghana in the 2020/21 CAF Champions League.

Bernard Dong Bortey was appointed the head coach of third-tier side Techiman Gold Stars in June 2020.

He currently holds the CAF License C Certificate which is enough to manage the Techiman-based Division Two side. 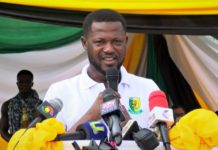 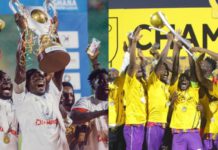