Chief Executive Officer(CEO) of the Ghana Integrated Aluminium Development Corporation (GIADEC), Michael Ansah, has said that the corporation will have a 30 per cent minimum stake in business entities selected to mine Ghana’s bauxite.

READ THIS: Over 40 multinational companies bid to mine alumina in Ghana

“The Act through which GIADEC was created stipulates that, the corporation must own 30 per cent of all mining entities that mine the country’s bauxite,” he said.

The corporation, according to Mr Ansah, aims at building an integrated bauxite mining and refinery industry in the country.

“We want to have the entire value chain of bauxite processing in the country, from mining to refinery to smelting,” he said.

Ghana is reported to have in excess of 900 million metric tonnes of bauxite in reserves, positioning Ghana as the 8th largest country with bauxite reserves.

“So at the various bauxite mining areas in the country, we want to break them into four mining concessions of mining companies that will mine bauxite between 3-5 million metric tonnes,” he noted.

He also revealed that GIADEC, by the end of the first or second quarter of 2020 will select companies to begin mining the country’s bauxite reserves.

GIADEC, developed by the government, is to aid industrial transformation and accelerate development of the Ghanaian economy. 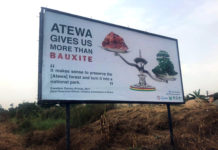 ‘Saving Atewa is sustainable use of natural resources’ 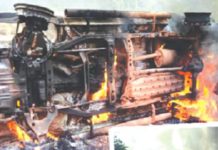 Gov’t invites proposals for the establishment of Bauxite Refinery

I did not incite youth against Exton Cubic – DCE