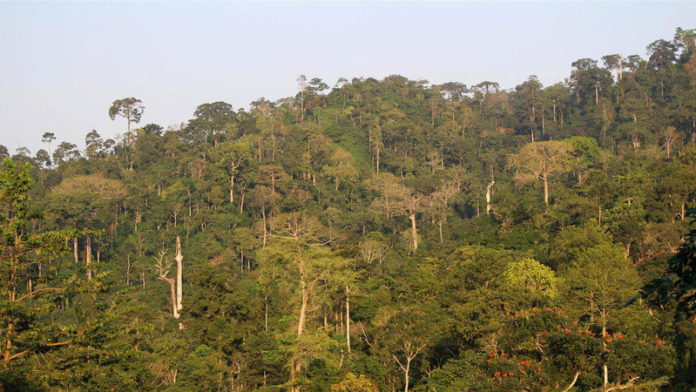 The Chief Executive Officer of the Ghana Integrated Aluminum Development Corporation (GIADEC) is assuring only the best technology would be used to extract the minerals in the Atewa forest reserve.

Mr Michael Ansah said the ecosystem, especially the plant and animal species in the Atewa forest would be protected.

READ: Over 40 multinational companies bid to mine alumina in Ghana

His comment follows a petition by the Coalition of Non-Governmental Organisations Against Mining in Atewa to Parliament to intervene and stop the government from allowing the mining of bauxite in the Atewa Forest in the Eastern region.

Other international environmental organisations have warned of dire consequences the project will have on wildlife should it be allowed.

But Mr Ansah on Asempa FM’s Ekosii Sen programme said their work will not compromise the quality of the environment.

He noted that given the importance of the Atewa forest as a source of about five big rivers in Ghana, they have put in place the necessary measures to preserve it.

“There are examples of industry best practices where forest reserves have been mined and successfully rehabilitated and GIADEC will draw on these examples to ensure minimal impact to the environment and local communities,” GIADEC boss said.