“Going into 2022 we no longer have excess capacity. Because now, when people were talking about excess capacity four years ago we have been growing in our demand so the demand has now caught up with the supply.

“In a nutshell, the way politicians and the Ministry of Finance are dealing with this thing, if we are not careful we will enter into 2026 and will be back to dumsor.”

The above is an opinion of energy analyst Kojo Poku who opined that the government must act fast to salvage the energy situation.

According to him, the conversations government and Parliament need to have is how the country can pay for a spinning reserve which has about 400 to 500 megawatts.

He further explained that a government cannot plan an entire generation system without a spinning reserve, and that could cause ‘dumsor’ in the coming years.

‘’Because at any point in time in electricity generation you need to have a spinning reserve which has to be about 18-20% of your total capacity. So now that people are saying that excess capacity, if you do the calculation of the installed capacity, and our peak demand, we are no longer in that territory of huge capacity,’’ he revealed.

He went on to call on the PURC to come up with how government can pay for the spinning reserve as he believes it is not factored in the 2022 budget.

The Energy Analyst noted that renegotiation of contracts under the energy sector is not progressing due to how government is handling Power Purchasing Agreements. He added that the state could be plunged back into the state of ‘dumsor’ by 2026 if nothing is done about it.

He suggested that the government should put in tender documents next year as it takes three years for a plan to go through financial conclusion. 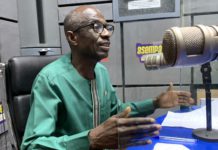